Work Together or Die

Let me tell you how a visit to an animal park change my course of thinking and bring about a change not just in me, but in how I encourage others.

A few months back, I went to a local animal park and made my way to the Lion Enclosures. For reference I love standing and watching the different species and how they interact with one another, I find it fascinating and also captivating.

On this particular visit, I got more than I had ever bargained for, as I sat gazing at the two lionesses and the lion. As one lioness slept in the shade, the other lay alongside the lion on a tall rock.  With the sun high in the sky, the lion woke almost abruptly, standing and taking a few steps towards the lioness near him. Peering and towering over the lioness, he tried to show her that he was very interested in her.  The lioness slowly opened her eyes, glanced over and gave him a sideways look, with almost a smirk on her face, let out a growl that gave anyone around no doubt that she was definitely NOT in the mood for this male. After a few moments of trying for the male, he eventually got the hint and moved away, not too far but far enough for now. Then for the next 10 minutes that lion slowly made his way to the other side of the otherwise quiet enclosure and let out this disgusted howlish sound that gave me cause to laugh out loud.

I decided after that encounter to see just how a lioness got away with declining a lion, king of their pride. No matter what he did she was not going to lay with him and got away with it! How does that happen when he is “king” of his pride and those around him.   What I found after hours of reading everything I could and watching countless hours of videos is that, lionesses are more in charge of everything that happens in a pride than many of us may have realized. In fact, you could almost say that they ruled the pride from underneath the males.

The one thing that kept me fascinated through all this research was that every lioness worked with all the other lionesses in the pride as a cohesive unit.  In fact, there was very little fighting among the females of the any of the prides I watched. In my personal quest to help empower women around the globe, I began to take notes on behaviors I believe, once discussed, will provide a starting point that we can all learn from and empower each other.

Here are some of the highlighted characteristics that I found interesting and are the basis for my new “Lion Sisterhood” Series of Blogs and publications.

Within a Pride Every Lion has His/Her place

* Lion prides are usually described as matriarchal, with communal care for the young. Most lionesses in a pride are related (Sisters, Mothers, daughters, aunts and cousins) and remain in the same pride for life. Only two or three lions within a pride will be adult males, who are either brothers or pride-mates.

* Lions communicate through a range of behaviors and their expressive movements are very highly developed. They will perform peaceful tactile actions such as licking each other and rubbing heads. Head rubbing, or nuzzling, is a common greeting behavior for lions. They also communicate through a variety of vocalizations including purrs, snarls, miaws and hissing. Their vocalizations also vary in intensity and pitch. As with all species every lion has his or her own “accent”

* Lionesses usually spend their whole lives in the same pride they were born in, while most male lions leave their prides when they are a few years old, just as they hit adolescence and become sexually mature. If a lioness leaves a pride, she usually is not welcomed into a new group of lions and typically does not survive long.

* Lions are the only wild cats that raise their cubs in what is known as a creche, where all mothers of the pride take the responsibility of feeding, teaching and protecting their cubs.

* Lionesses are caring mothers who will even take care of a neglected cub, allowing him/her to suckle and giving them a chance to survive. Two or more lionesses in a group tend to give birth around the same time, and the cubs are raised together.

*  While part of the creche Lionesses sleep while nursing the cubs, the other lionesses will keep an eye on the very playful and curious cubs.

*  Newborn cubs are helpless and blind and have a thick coat with dark spots that usually disappear with maturity. Cubs are able to follow their mothers at about three months of age and are weaned by six or seven months. They begin participating in kills by 11 months but probably cannot survive on their own until they are two years old.

Work Together or Die

* The females in the pride tend to do most of the hunting. They work as a group and use intelligent hunting tactics to catch prey which they would not be able to catch alone as most of the larger prey are faster than them. The are normally headed up by an older and more experienced female that will teach the others how to hunt and when to cut their losses.

*  The younger members of a pride will often ‘drive’ a herd of prey animals towards the more experienced hunters who are waiting in ambush.

These are just some of the extraordinary facts I learned about lionesses.  Most of which you might find inconsequential, but when I show you how we, as women, can learn from these Queens of the Jungle, I know we can work together to empower each other.

My other Blog Sources:

Research Sources:
How Do Lions Hunt and Kill Their Prey?

A day spent with a Lion Creche

The lions are an especially impressive type of civilization. I agree with everything you wrote in this article. I can see how this would benefit women.

Diane, I enjoyed reading this

Interesting article. I have worked at a company that had more women than men and most groups seemed to weed out the weak ones and would challenge each other for power instead of working together which was sad when they really could have done great things as a group.

Very interesting article, Diane. I particularly enjoyed the point that the females do most of the work! Sounds like humans, eh? lol I remember growing up learning the different species take care of the young in vast different ways.

wow! So good. I have loved to watch lions but never saw this.

So interesting , thank you! 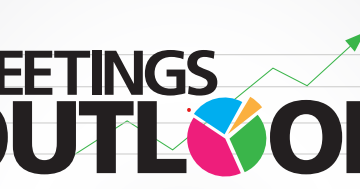 It was a honor to be asked to contribute to the “Winter 2022 Meeting Outlook Report” published by MPI.     To read the entire report, click here:  MPI-meetings-outlook-winter-2022 Would love to hear any comments after Read more… 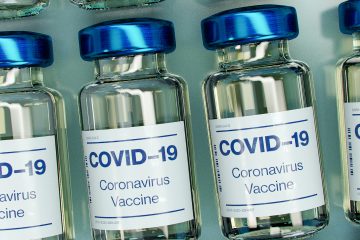 Disclaimer: You will notice in this post I probably have way more questions than I do insight.  Scenario OF THE DAY You are a conference planner and have been postponing conferences for your clients from Read more…

History Can Save You Millions When Planning a Conference

What was the one subject you hated going to in high school?  Mine HISTORY.  If the teachers, I drove crazy as a teenager, only knew that history is one of the most important parts of Read more…